In the over fifty years since Niagara Helicopters Limited started business in Niagara Falls, Ontario, Canada, the corporation has undergone many changes including a change of location, several changes of name, as well as changes in ownership.  But the one thing that is constant is that this attraction has been thrilling visitors from all over the world.

Originally located near what is now Highway 420 in Niagara Falls, Niagara Helicopters moved to its present six acre site in 1964.  At that time, the site was used primarily as a pilot training facility. Throughout the 60’s and the 70’s, the firm trained a large proportion of all Canadian helicopter pilots.

In 1978, the company was bought by Pan-Air Helicopters based in Ottawa, Ontario.  Subsequently, all training operations were transferred to their Ottawa branch, and sightseeing tours became the principal focus of the Niagara Falls base of operations.

In early 1985, the Niagara Falls portion of Pan-Air was purchased by Niagara Helicopters Limited.  Swiss born Ruedi Hafen, Company President, began this venture with just one, 4-seat, Bell 206 JetRanger.  Later that spring, a second JetRanger was added to the fleet, and the following summer, a 6-seat Bell 206 LongRanger was purchased.

Niagara Helicopters has invested a great deal of both time and money to upgrade and maintain a helicopter fleet which remains at the cutting edge of technology.  In 1996, the entire fleet was replaced with the Bell 407. It boasted a larger cabin space providing a more comfortable flight, large panoramic windows to provide better views for up to 6 passengers. Its 4-bladed main rotor system, coupled with Quiet Cruise capability, made it one of the quietest helicopters in its class.

In December 2011, the company was acquired by Helicopter Transport Services (HTS), led by helicopter industry icon Luc Pilon. The acquisition signals a new entry into the tourism sector in Canada for HTS, adding to an already diverse range of helicopter services offered around the globe.

Today, Niagara Helicopters is almost exclusively a sightseeing operation, augmented by charter flights, aerial surveillance, film and photography, external loads, and other specialty flying.  In addition, the company has been awarded several community service awards for providing helicopter assistance in search and rescue operations conducted by local police and firefighters.  In 1999, Niagara Helicopters was awarded the highest honour for excellence in aircraft maintenance by Transport Canada.

In its busiest months the company employs about 40 people, including 10 full- and part-time pilots and two Aircraft Maintenance Engineers.  Last year the company flew over 100,000 passengers from all corners of the globe on our nine minute, 27 kilometer flightseeing tour over Niagara Falls.

June 06, 2021
Due to current COVID19 restrictions, we have reduced our hours to streamline operations during these very difficult times. Niagara Helicopters is open from Friday to Tuesday (closed Wednesday and Thursday) from 9 am to 4 pm - weather permitting. Please contact us at (800) 281-8034 for more... END_OF_DOCUMENT_TOKEN_TO_BE_REPLACED 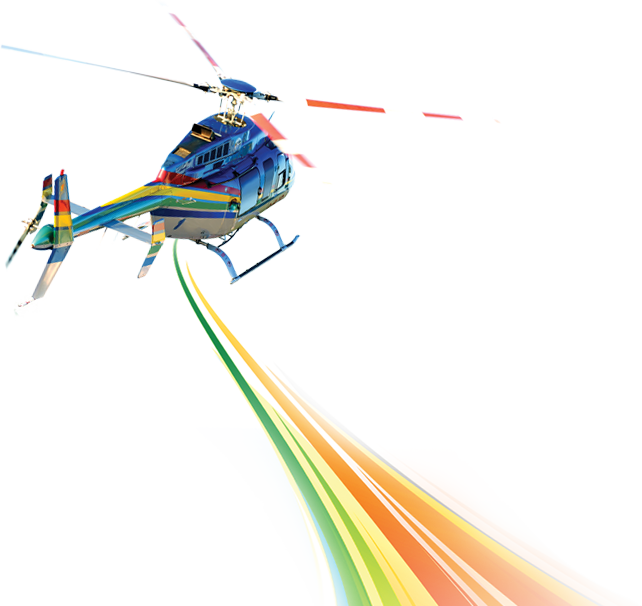